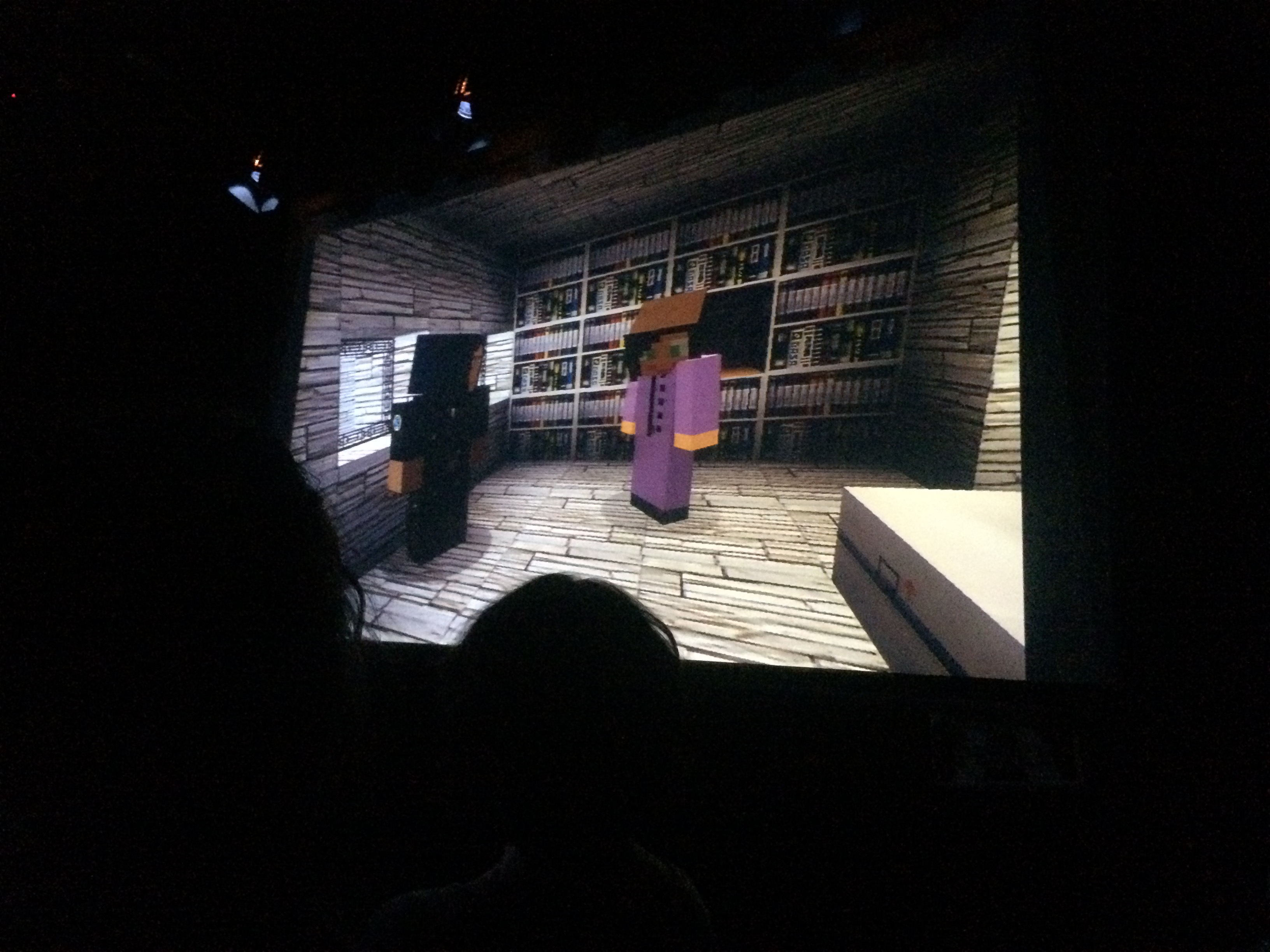 Young people will work with Mercury Theatre professionals and Teaboy Games and can expect to use drama, video game design software, choreography, Raspberry Pi’s, filmmaking and coding to experiment and explore the possibilities of digital creativity.

This years edition of hACkT saw us reimagine the Orwellian classic 1984 using technology to engage young people in performance, inspire creativity and of course teach digital skills (you can read about last years hACkT here).

As a digital art practitioner hACkT is as an exciting opportunity to experiment with different ideas which can feed into my own practice. So in preparation for hACkT we (Dave Norton, Filiz Ozcan, Martin Russell and myself) decided to produce the play using different mediums for each act: movement, minecraft and sound design. 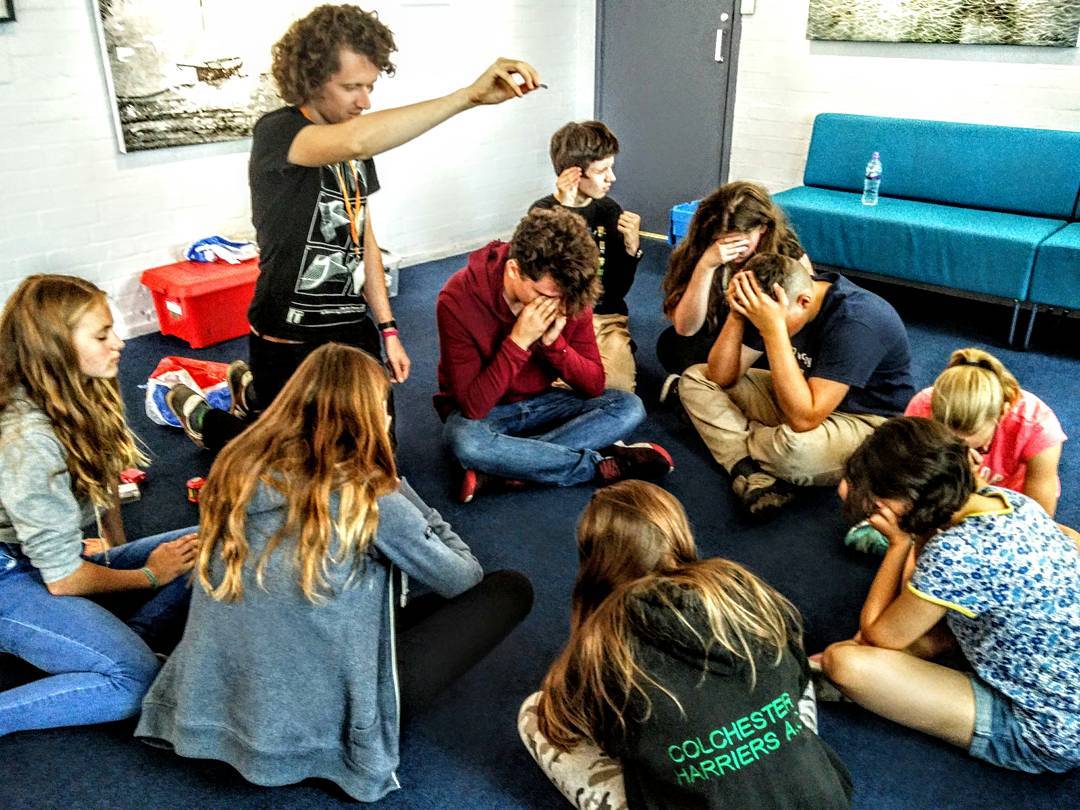 When running sound design workshop, I prefer to keep focus more on listening and performance, rather than laptop skills. So, to begin we explored the idea of foley and sound design with a box of percussion and wild imaginations. Then, we moved onto garageband and I tasked the groups with sound designing the famous PIXAR ident, once with ‘realistic sounds’ and then again with ‘non-diegetic’ sounds which add more narrative to the scene. Needless to say the results were inspired!

Latter workshops included binaural voice over recording, where we had fun playing with the proximity effect for full creepy-ness, and getting the group to circle the microphones as they spoke to play with the stereo image.

In a workshop that synergises technology and performance, you must balance those who want to constantly use computers with those who want to perform. Making sure each finds something comfortable, whilst is also challenged and introduced to new ideas and concepts. Using Minecraft as a story telling medium was a stroke of genius from practitioner Dave Norton, a game the majority know and love but tasking them to collaborate in constructing a map (set and also perform – but with a mouse and keyboard. Additionally, the opening movement scene led from Filiz really set the tone for the performance – introducing the friends and family of the participants to the dark and ominous tone of the production. Again, encouraging the more technology focused young people to build confidence through performance. This also bled into FOH, with young people ‘directing’ the audience into groups upon arrival (whilst in costume) – creating an immersive theatre experience.

This was only the second year we’ve run hACkT, and the concept is stronger than ever. By merging art and science lessons, we’re using creativity to inspire learning.