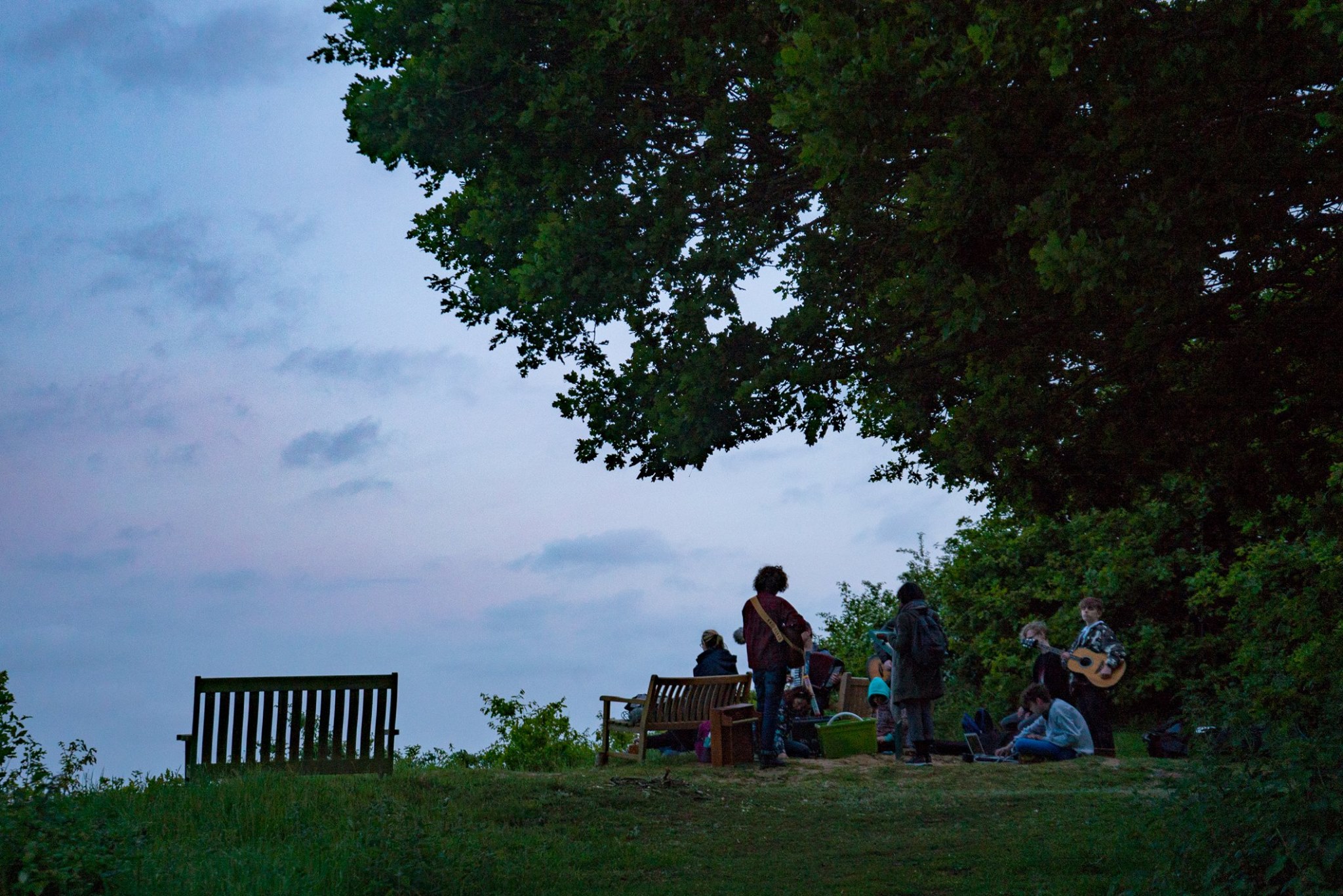 We took CLIP, my young peoples experimental music ensemble, to Fingringhoe Wick Nature Reserve for an improv jam with their noisy Nightingales.

With the Nightingales approaching the end of their breeding season, each evening the males bust into song as they attempt to attract the attention of the females. This visit was part of Signals’ (where I work as Education Coordinator) ‘The Year’ project where were documenting the changes at The Wick through a variety of art forms and encouraging young people to respond to the outdoors. Providing the perfect opportunity for a crossover with my Youth Music funded experimental music ensemble CLIP, which I run at Firstsite with longterm collaborator Simon Keep.

From the end of April to the beginning of May, Essex Wildlife Trust run these Nightingale Walks which are billed as “one of Essex’s great wildlife events“. There are approximately 30 – 40 singing males each year and their song fills the air as they vie for the attention of the females. These male birds sing for hours on end each night during the breeding season. The females select mates based on the quality of this musical performance. Older males have improved mating success due to their larger song repertoire, which can consist of an astonishing 260 variations.

The Nightingale is small, secretive bird who’s diet is based on the fruit, seeds and insects. It is rarely seen in the wild because it spends most of its time in the thick bushes, so they’re much easier to hear than see – especially at dusk! Their natural enemies are rats, foxes, cats, lizards, snakes and large predatory birds – most of which feature at The Wick.

The film above shows a short segment from our evening at The Wick, you can hear some more of the groups improvisations on the playlist below.

CLIP is a music group I formed in 2016 with artist Simon Keep, and we explore the boundary between sound and music. We make contemporary music accessible by exploring avant garde ideas through fun and interactive experiments and performances. Improvisation is key to what we do, using the power of collaboration to boost confidence, empathy, self-awareness and creativity. In the past we’ve put a string quartet through guitar pedals, hosted an open call for human and animal duets and we’ve sampled the inhabitants of Colchester Zoo to compose a song for elephants (all under 200hz).

Interested in getting involved? We meet every Monday evening (5-8pm) during term time, you can see a full list of dates on the Firstsite website here. You don’t need any musical knowledge or equipment to join CLIP, just a love for weird and wonderful sounds.