An eccentric victorian inventor travels into the planet’s distant future, where he discovers an idyllic garden-earth and quickly bonds with the peaceful inhabitants. But when, in the still of night, his Time Machine disappears the traveller is forced to confront the true fate of humanity’s future and must overcome a subterranean horror in a desperate escape back to his own time.

Utilising spoken word, puppetry and a fully working Time Machine, The Keeper’s Daughter transform this classic victorian sci-fi into a neon-electro adventure for the entire family.

I had the pleasure of working with stems provided by the fantastic band Artificial Pleasure, who’s new wave brand of electronic pop provided exciting textures, rhythms and melodies to weave throughout the production. My role became music editor come sound designer, with a pinch of prop design thrown in for good measure.

As well as create the sonic world for the time machine itself and the alien earth we crash land onto, there was also character sounds for the evil clockwork monkeys (Morlocks) and the adorable Weena (the puppet shown below). I used an Adafruit Wav trigger and speaker to embed Weena’s voice into her body, 3D printing a small voice box which she wears in an adorable satchel. Additionally, theres also the Giga Gear stick, akin to Dr Who’s Sonic Screwdriver, which our time traveller uses to scan his environment – which features a hacked MP3 player  and head touch.

To see the Time Machine on tour visit the website here. 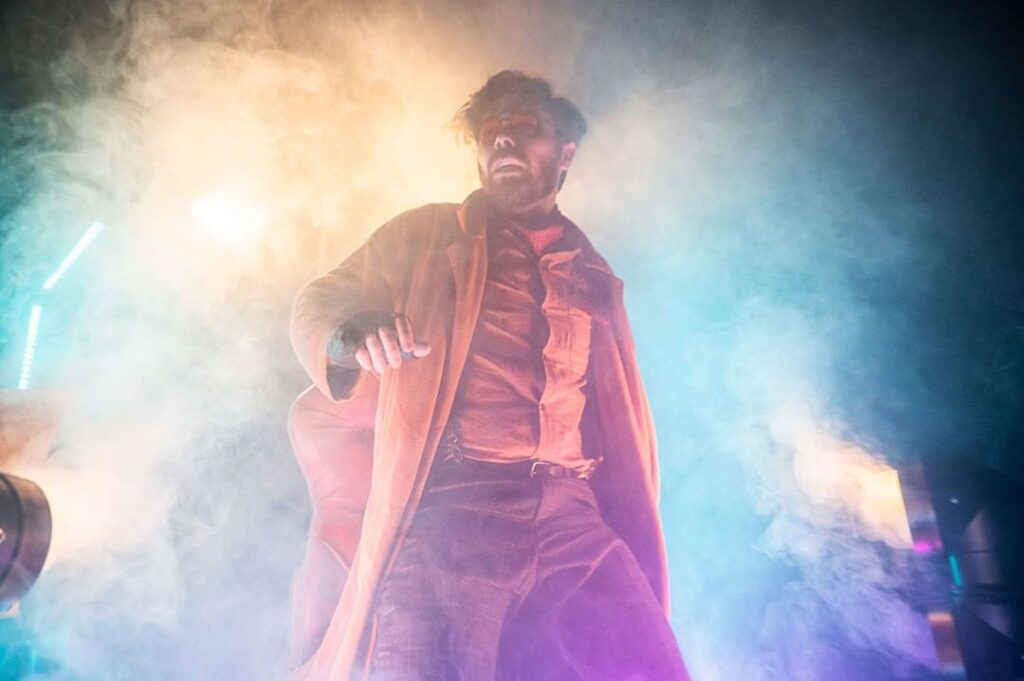 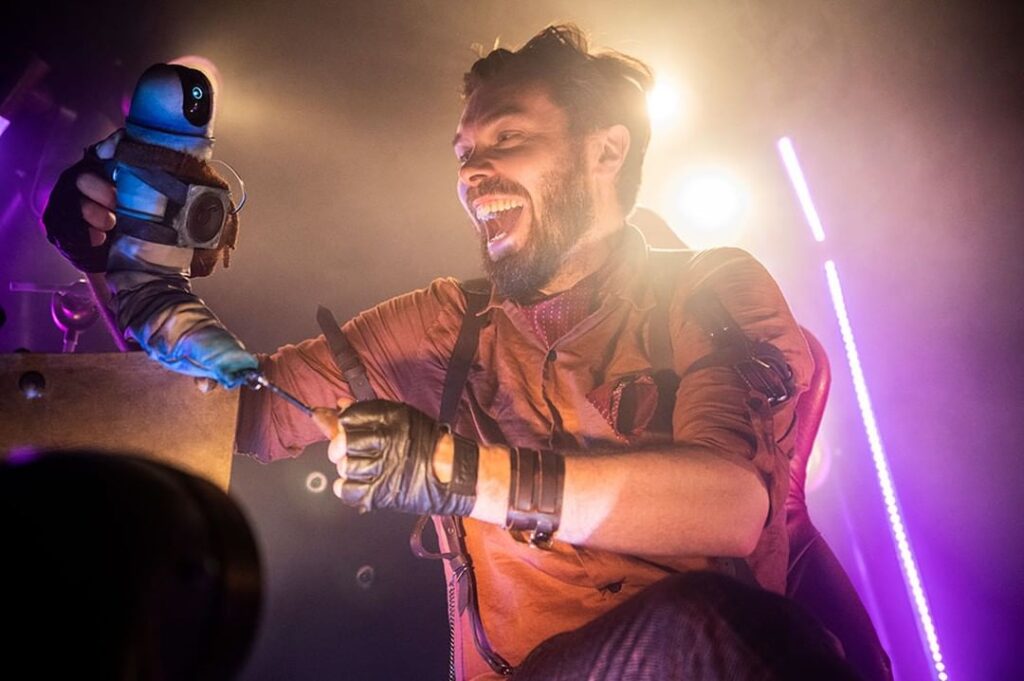 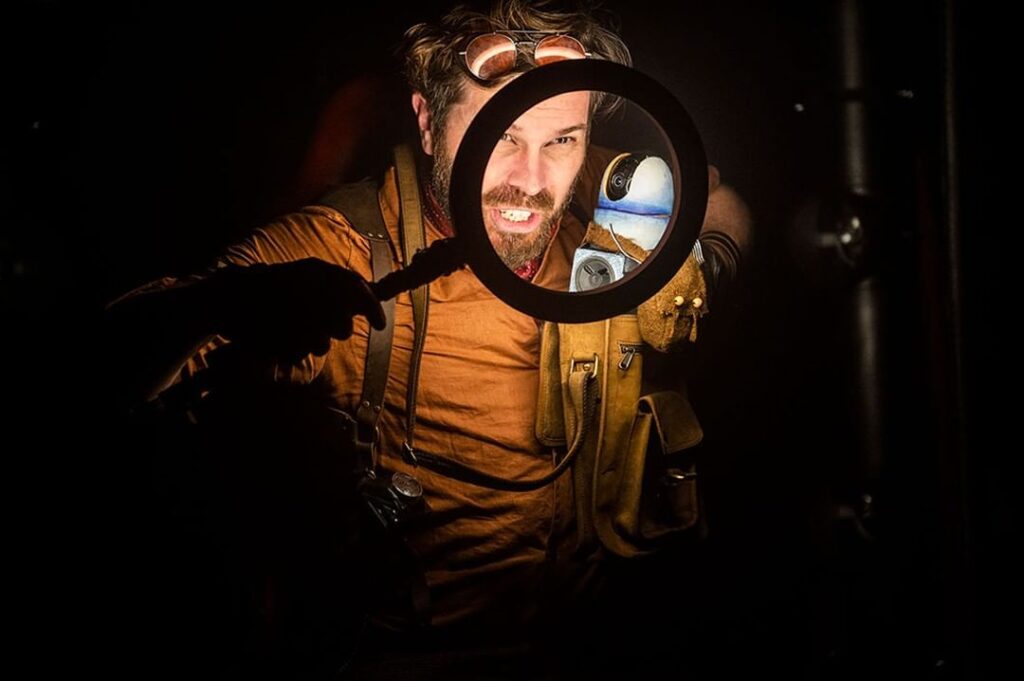 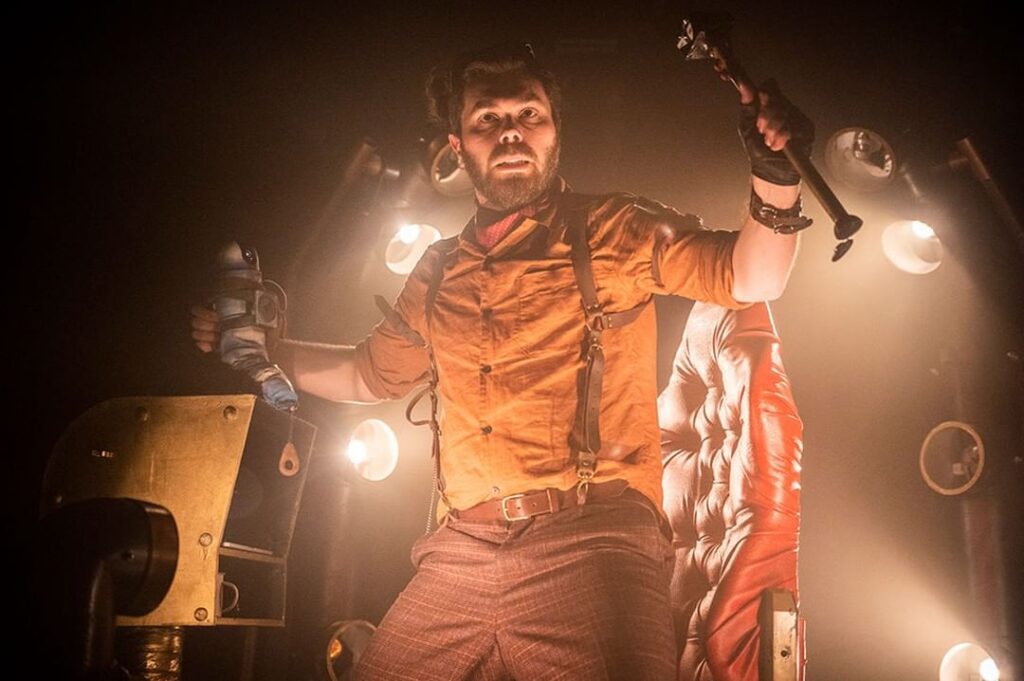