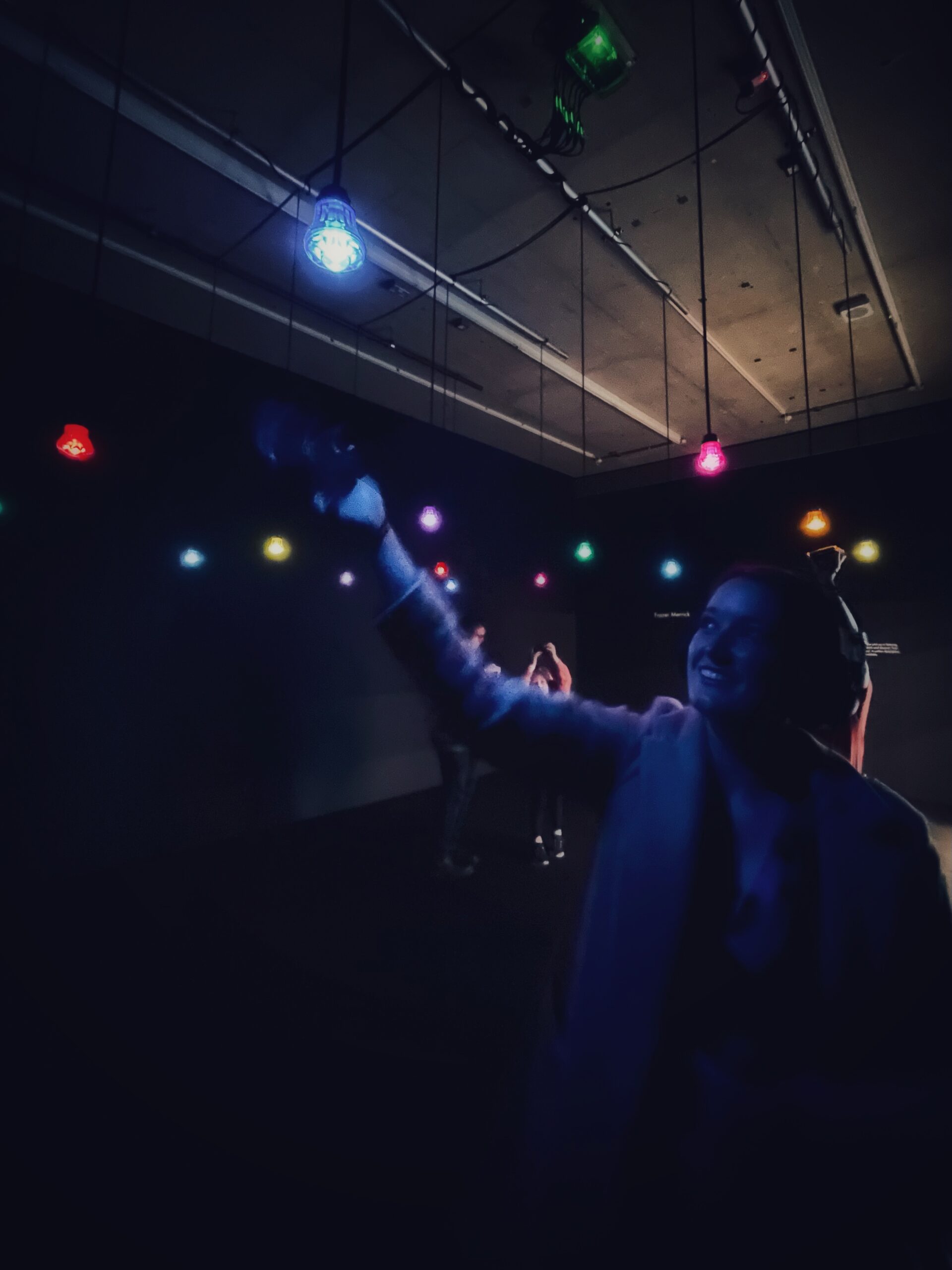 A technique called Pulse Width Modulation is used to modulate the power sent to the lights with audio. This means that when the light is shone at a solar panel, the electricity created holds the waveform of the audio file – so when we amplify it we can hear the original audio.

The colour of the light has no impact on the sound.

All the recordings are made at arcades alongside the Essex coastline. Using specialise microphones, I captured a mixture of acoustic and electromagnetic sounds. The sounds of people, the place and the machines themselves – such as the magnetic Fields from arcade machines and the rhythms of flashing arcade signage. 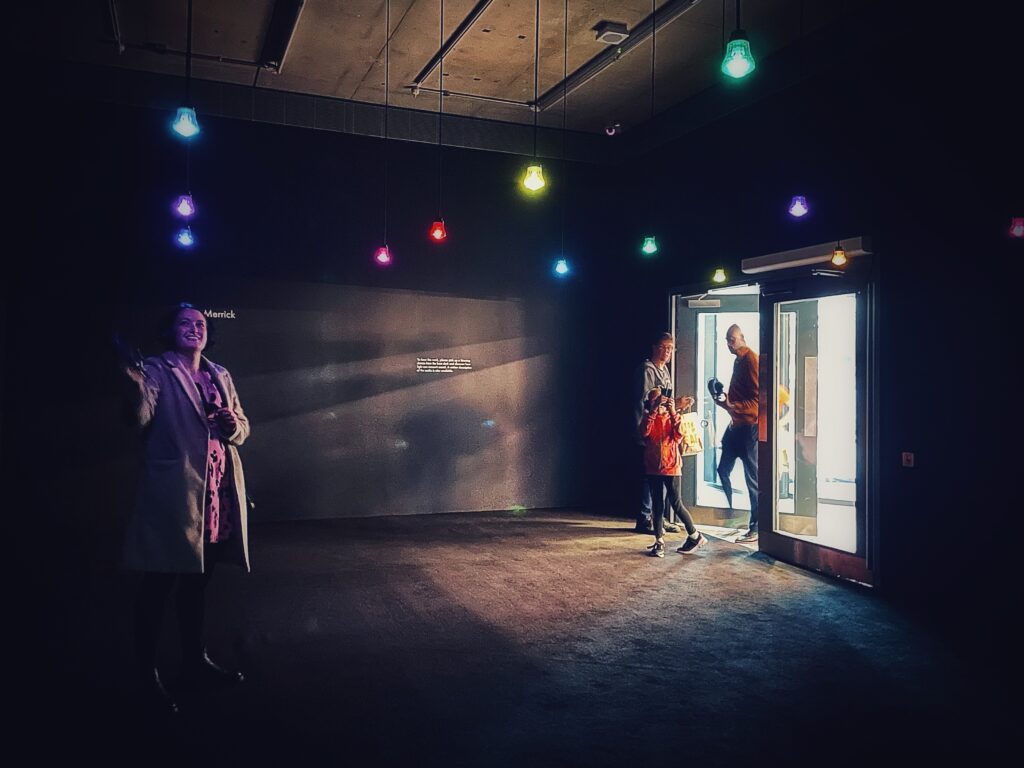 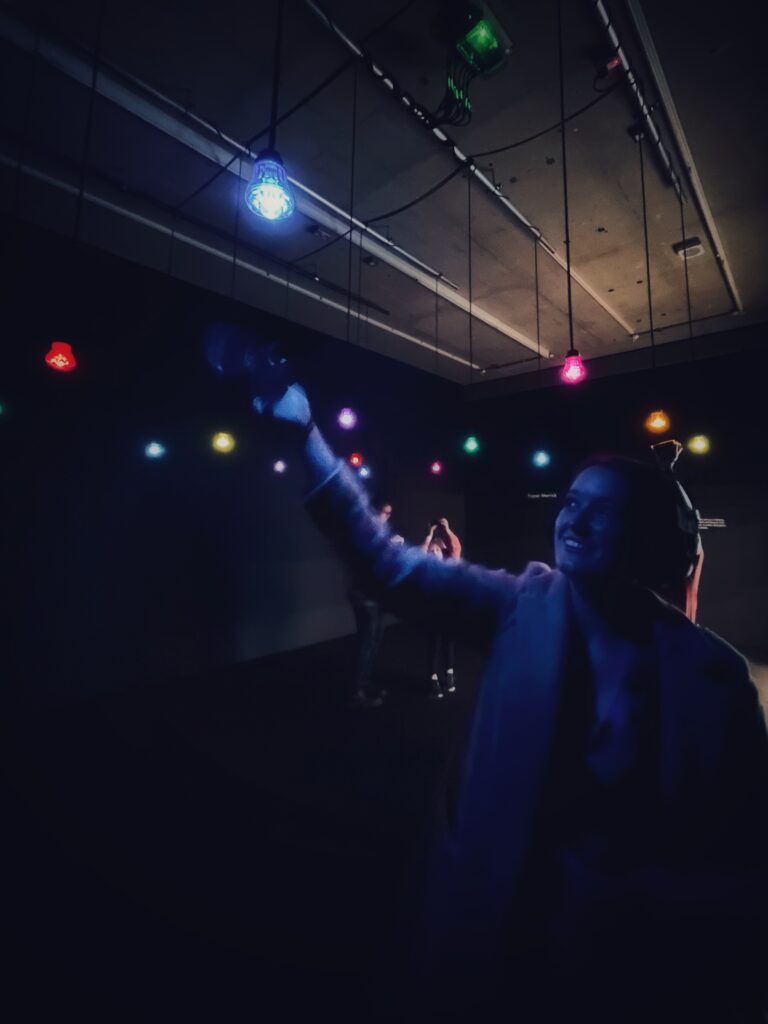 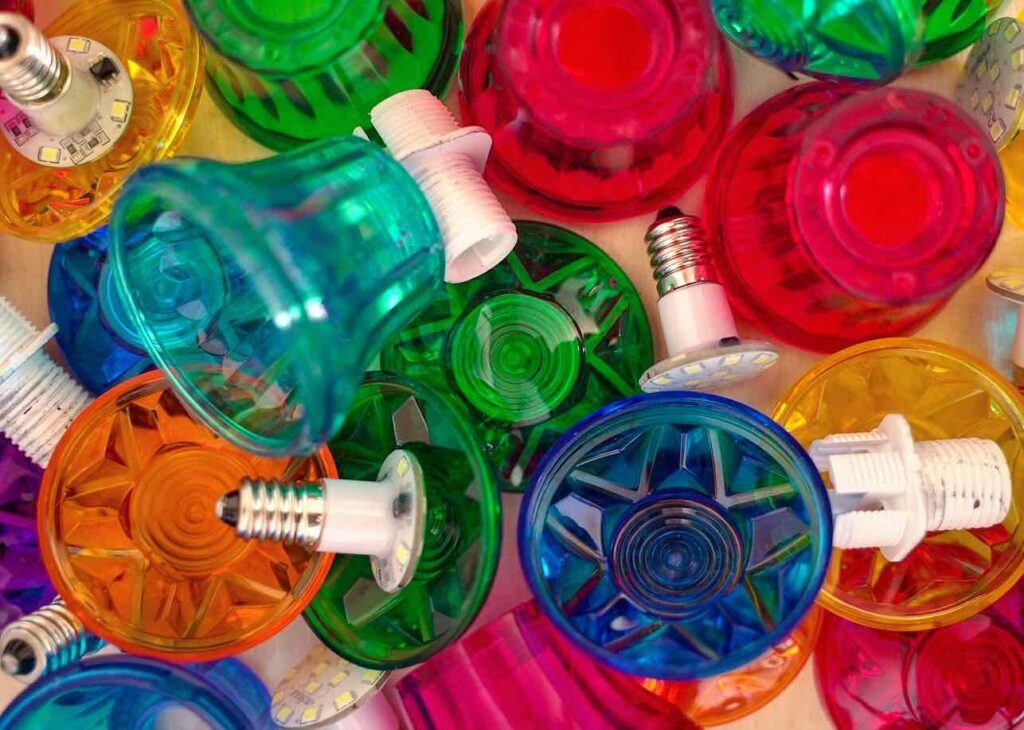 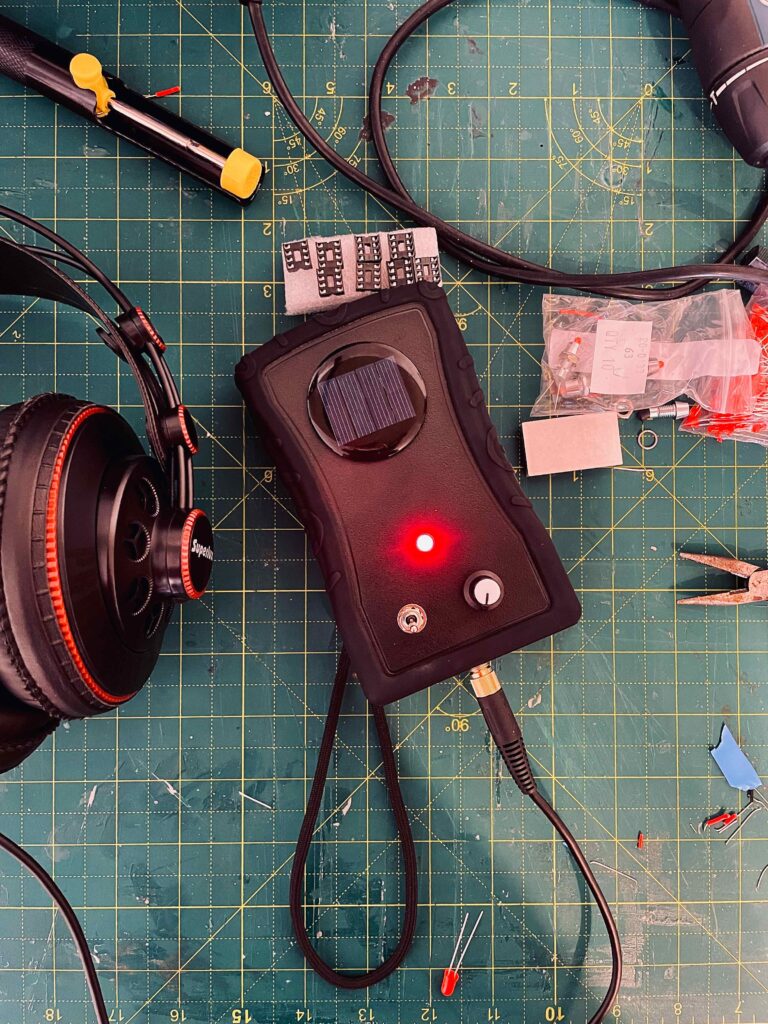