Inspired by the EMF experiments during my Hidden Sounds, I’ve since produced my own electromagnetic spectrum listening device. By utilising a solar panel, this instrument turns photons of light into sound by connecting the panel directly to an amplifier circuit – meaning we hear the electricity generated (by the photovoltaic effect) within the panel as sound. A light mic, if you will.

Bicycle lights create a particularly satisfying sound as they actually use Pulse Width Modulation to simulate dimming, meaning they flash on and off at different frequencies to give the illusion of changing brightness. This frequency we subsequently hear as different pitches, shown in the video below.

I hope to combine a variation of this instrument with a variation of an earlier installation, Phantom, where I filled a room with scattered light using mirror balls and projection. Except now I hope to use the light as a way of creating a soundscape visitors can explore with small listening devices. 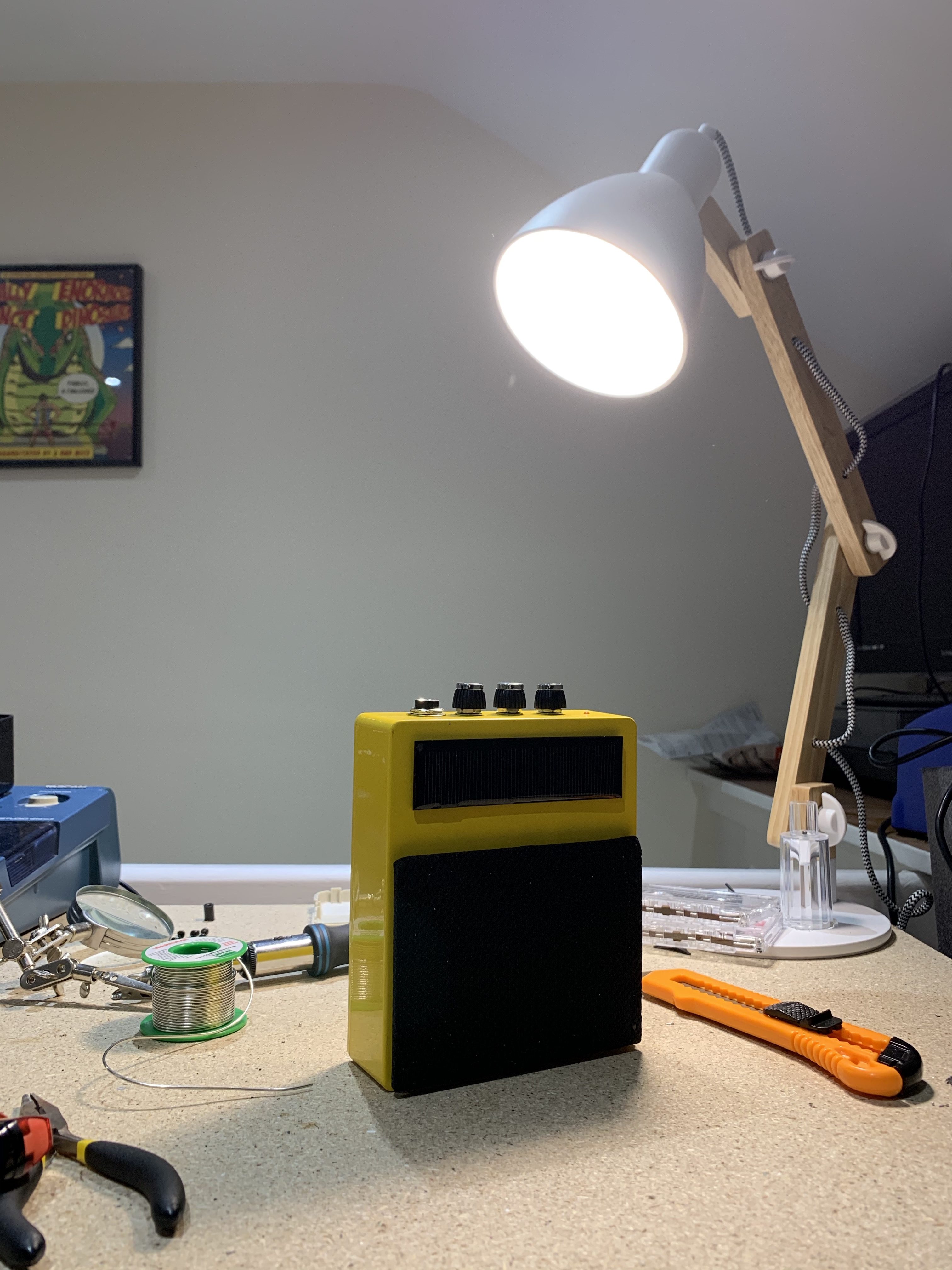